Thyroid nodules can also be visible to the naked eye. Their growth changes the shape and aesthetic appearance of the neck. But the consequences are primarily functional! With the growth of the thyroid gland, the pressure on the trachea and esophagus increases, which leads to disturbances in breathing and swallowing. The function of the vocal cords is impaired. Also, over time, there is an unpleasant feeling of a “spherule” in the throat and suffocation. 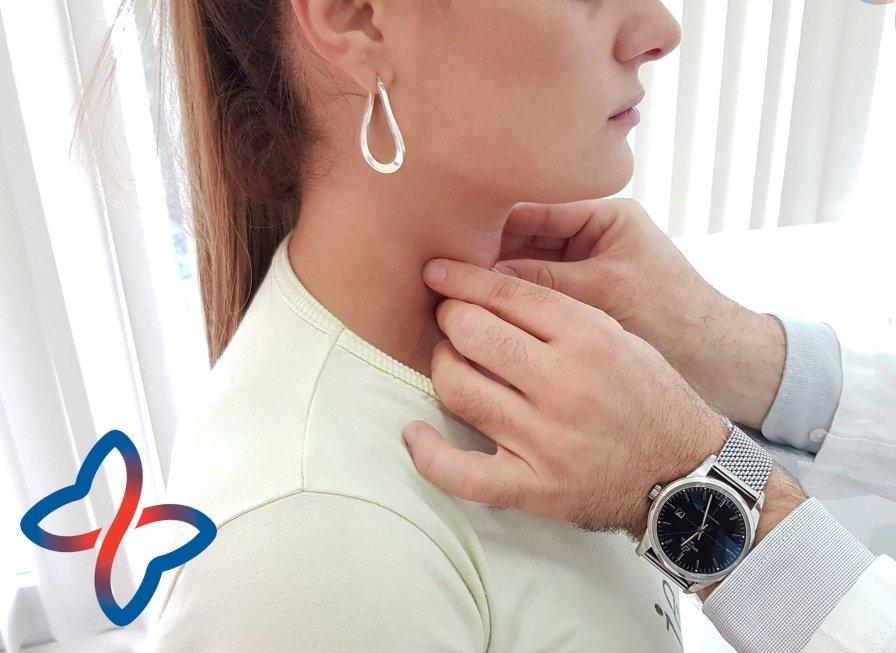 Even with the largest nodes of the thyroid gland, using the MIVAT technique, the incisions are less noticeable and 4x shorter than the classic ones.

Regardless of the change cause in the size and structure of the thyroid gland, this problem is usually solved in hospitals with classic operations. The consequences of this standard surgical procedure are: an incision about 8 centimeters long, trauma to the surrounding tissue, wound suturing, wearing a drain, hospital treatment for several days, and a conspicuous scar on the visible part of the body.

In addition to this picture from hospital rooms, the problem of enlargement of the thyroid gland can be solved:

WITHOUT TRAUMA OF SURROUNDING TISSUE AND SWELLING

WITH MINIMUM CUT AND ADHESIVE PLASTER

Special Hospital for Endocrine Surgery MEDICENTAR, is one of the few in the region that solves the problem of an enlarged thyroid gland in one-day surgery, with minimal traces, painless! The intervention is performed using the MINIMUM INVASIVE TECHNIQUE of video-assisted thyroidectomy (MIVAT), whose creator is the Italian prof. Dr. Miccoli. In Serbia, the non-invasive MIVAT technique has been used for more than ten years by Primarius Dr. Dejan Ilinčić, sub. spec. of endocrine surgery.

The technique is performed by opening a small incision in the neck, and the camera accesses the miniature space created by lifting the skin. This allows immediate access to thyroid tissue. The intervention is performed without cutting the muscle, which remains intact, complete, and integrated with the surrounding tissue. By applying the MIVAT technique, there are no postoperative pains (unlike classic procedures). The incision is almost IMPERCEPTIBLE, HEALS QUICKLY, AND DOES NOT DISTORT THE PATIENT’SAPPEARANCE.

Unlike classic large “node” operations where long and conspicuous incisions remain, by using the MIVAT technique, the incision is only 3 centimeters long. Considering the thousands of interventions performed by Dr. Dejan Ilinčić, the cuts at the largest nodes are less noticeable and 4x shorter than the classic ones. 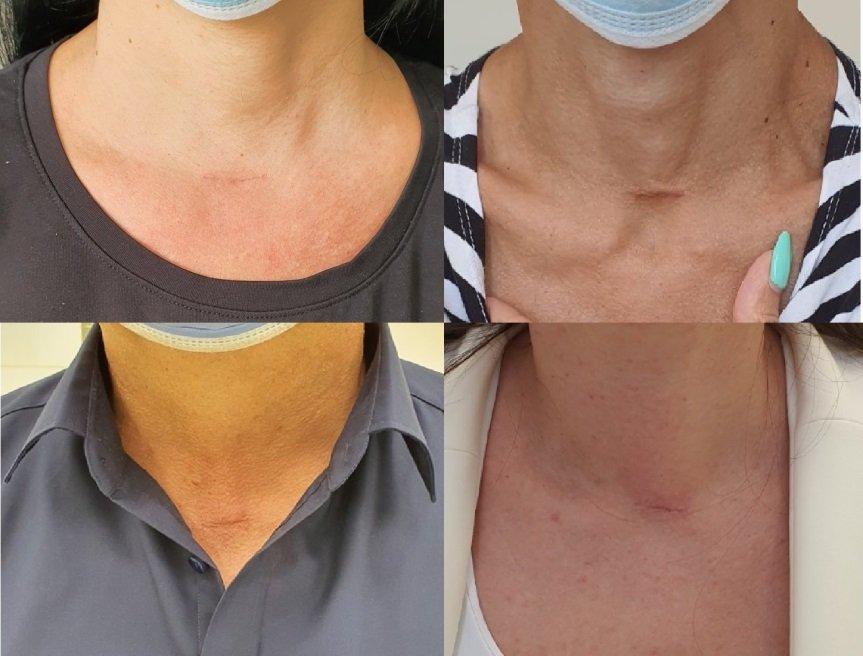 Effects of MIVAT technique application: No swelling, no suturing, and pain. The incision is imperceptible, it heals quickly. It does not impair the patient’s appearance.

The application of the MIVAT technique, in relation to invasive operations, is far MORE FAVORABLE for the patient:

Due to the reliability and comfort of this method, Dr. Dejan Ilinčić has been a visiting surgeon on private and state clinics in the region for many years, such as the Clinical Center in Podgorica and the “Kostić” Hospital in Banja Luka. He has performed interventions at the “Blue Tree Clinics” in Dubai, as well as in numerous clinics in Serbia and the region. By applying the non-invasive MIVAT technique, he has done so far: more than 5,000 procedures.

Dr. Dejan Ilinčić graduated from the Faculty of Medicine in Novi Sad, where he specialized in thoracic surgery. He also acquired the title of specialist in endocrine surgery and received his doctorate in Belgrade. He began twelve years ago the minimally invasive video-assisted thyroidectomy (MIVAT) technique. He studied in Italy with its creator, prof. Miccoli.

Changes in the structure of the thyroid gland can be diagnosed by palpation and ultrasound. If they are less than one centimeter, they cannot be noticed by palpation and at that stage, they have no symptoms. Their growth increases the pressure on the trachea and esophagus, which leads to disturbances in breathing, swallowing, a function of the vocal cords, and sometimes an unpleasant feeling in the throat and suffocation.

Thyroid cancers are the least malignant of all the malignant changes in the body. In most cases, they are successfully treated surgically, as a rule without subsequent consequences.

There are also disorders in the function of the thyroid gland, caused by hypo or hyperfunction when surgery is not indicated. In these situations, treatment is primarily carried out with medication.

At the MEDICENTAR clinic, they state their goal is painless and minimally invasive surgery. Sometimes it is more demanding for the physician, but it is simpler for the patient. As they point out, the trend of whole modern surgery is that direction,

The priority in the work of this recently established, the specialized clinic is professionalism, reliability, and dedication to the patient.

Special Hospital for Endocrine Surgery Medicentar Belgrade is located on Banovo Brdo. It is located in a designed space of five hundred square meters, on four levels, with terraces and contemporarily equipped surgical rooms and apartments. Communication is in English.